It was 25 years ago when the Full Monty cast and crew were last seen filming the iconic canal scene right beside our test house (Special Testing Ltd) which is only a few minutes walk from the SQA site.

Therefore, it was a bit of a surprise to see the return of Robert Carlyle and crew re-creating the scene for an upcoming eight-part TV series.

Film crews have been popping up all over Sheffield recently. We understand the show catches up with all the main characters 25 years on from the big reveal at the end of the 1997 film. The photo below (bottom) is from the original film and we are looking forward to seeing the new show early next year on Disney+ 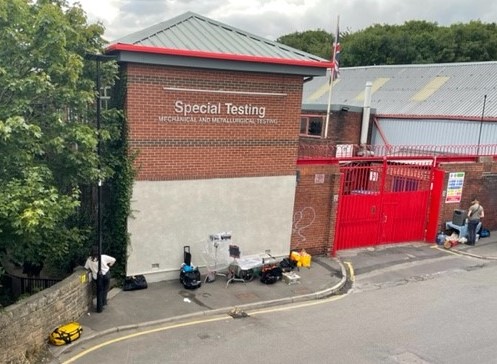